9 things Americans are taught about France.

The French should probably be offended. February 24, 2015 No responses 12 min read

Every American child is taught 9 things about France, and a few of them are …offensive. Unfortunately those 9 things were all I knew before my trip to Paris.

We were in London because a film I was involved with was accepted into the Raindance Film Festival. We had 48 hours to kill before the festival so we decided to go to Paris.

That might sound like an indulgent day-trip if you’ve never been to Europe, but it’s literally not a big deal. Yes, I’m using the word ‘literally’ literally,  Europe is astonishingly small.  One day I drove from New York City, NY to Gainesville, Florida and it took about 16 hours, 8am to midnight, (1000 miles/1600 kilometers). 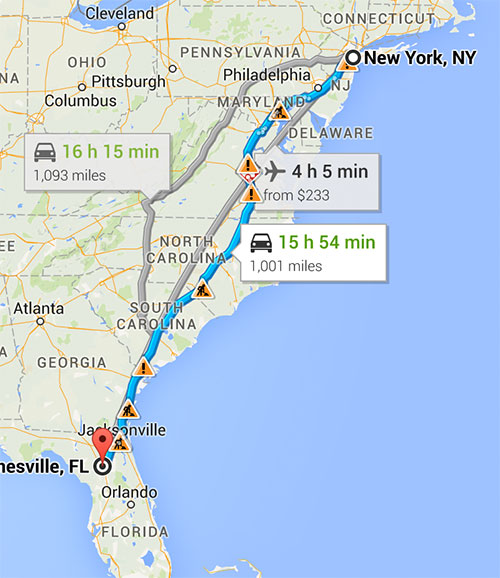 The equivalent trip in Europe is drastically different.

Imagine, one day, you’re at the Eiffel Tower and you decide that you want to get high, but you want to do that in Amsterdam. So you drive through Belgium to Amsterdam and have the most amazing weed. Then you get in your car and you discover a problem.

In an attempt to drive back to Paris you find yourself in Berlin, which you love, but mostly because of the Italians.  Still high (it’s weed from Amsterdam, what do you expect?) you get in your car and try to drive home but you find yourself in Prague, at which point you give up, start a new family and a new life, and it’s probably a happy one because if you google “prague+people” it’s almost entirely happy people except for the people who got banged up in that gas explosion.  But that’s not the point.

The point is that after driving from Paris to Amsterdam (through Belgium, where you stopped for a snack, let’s say fries), to Berlin and then to Prague, you’ll have driven through FIVE countries, and across the great majority of Western Europe.

The New York to Gainesville trip would still be going. 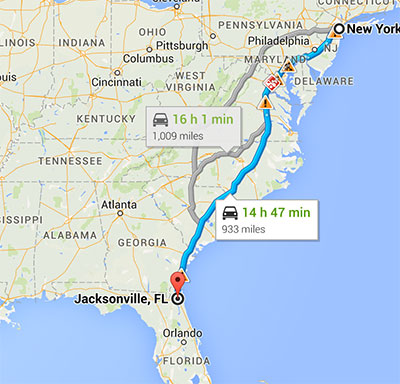 You’d be in Jacksonville. You’d still have an hour and a half left in your road trip, including the crappy stretch through Waldo. That’s how small Europe is.

This makes Europe great for exploring cultures and learning about history, but it also makes it a great place to stage a World War and create new history because every culture you hate is right around the corner. You don’t have to get in a boat or a plane or anything, you can just saunter over and start shit, it’s geographically convenient.

Growing up in America, European culture is hard to get your hands on, so without the benefit of firsthand knowledge we’re forced to learn from the media and hearsay.   There’s a very  predictable menu of French ‘facts’ that every American child gets served, so our ignorance is at least a shared ignorance.

The 9 things every American is taught about France. 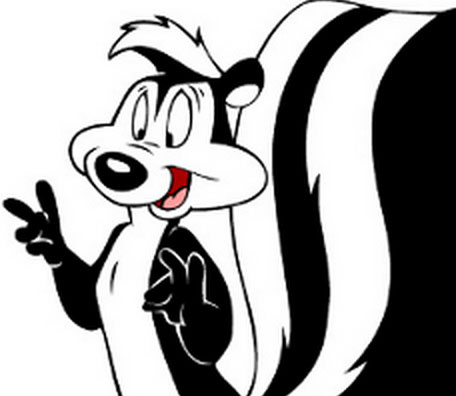 1. The French smell and are sexually aggressive.
[5 years old]

It starts here. You’re four or five years old, and your parents introduce you to Looney Toons cartoons.  Bugs Bunny, The Tazmanian Devil, et al. Then one day for the first time in your life you hear a (bad) French accent…. and it comes from the voice of a skunk.

Meet Pepe Le Peu. In the first scene his funk kills a few flowers and insects and before you know a seed has been planted: French people stink.   The noxious fumes emanating from this french skunk kill a few more things, and you’re five years old so your sense of humor is seconds old, so you’re basically dying with laughter. It’s hilarious to you.

Pepe turns the corner and sees what he assumes is a skunk, but is actually a cat.  He falls in love instantly, jumps over and introduces himself to her with this winning line that almost every five year old American hears, and none of us remember.

“Everyone should have a hobby. Mine is making love.”

It’s a good thing you’re five years old because your working memory isn’t good enough to wander over to your parents and tell them all about your new hobby. “Mommy, Daddy, everyone should have a hobby….”

Pepe le Peu (get it? he stinks!) confesses his love. The cat is perplexed, and also, mute.  She never says a word.  But even if she could respond it doesn’t matter because Pepe GRABS her before she has a chance.  She struggles against his grip, but he’s too strong so she kicks him in the face and then she fucking FLEES for her life. He jokes at her failed attempt at self-defense (“I get a kick out of her”), and then Pepe Le Peu then chases her around for the duration of your childhood.  It is extremely fucked up.

Earlier in that clip, Pepe’s funk kills a frog, which is a wry joke about the French eating frogs. I’m not completely sure when I was told this, but I’d say 5 or 6 is a safe bet.  At this point I was probably ready to write off the entire country.  “Ew,” I probably said.

Then you learn about French Toast and French Fries, and you’re back on board with the French. The fact that the French didn’t make French Toast or French Fries doesn’t bother you because you’re six or seven and your need for factual accuracy is pretty much at an all time low. That said I’d like to meet the six year old that says “Excuse me, French Fries are from Belgium.” If only to prep that kid for a long and brutal childhood. 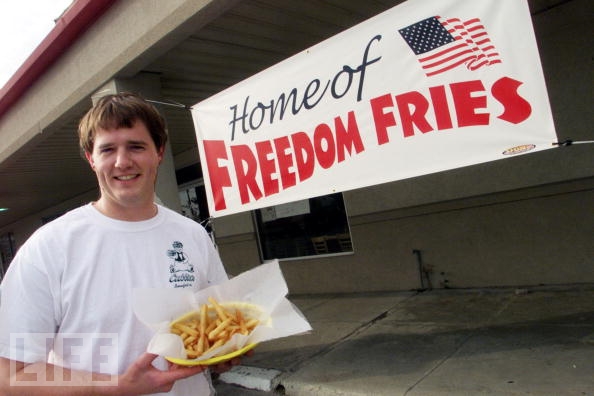 Factual accuracy also wasn’t a big deal for Neal Rowland of Beaufort, North Carolina owner of Cubbies Restaurant (2.5 stars, yelp) who trademarked the term “Freedom Fries.” Neal got pissed that the French Minister of Foreign affairs said that France would not partake in the Iraq war, so he decided to rename the completely Belgian snack to Freedom Fries, to make them even less French than they already were.

Cubbies has long since shut down, and according to his Facebook page now Mr. Rowland sells boats, one of which has a name that I feel causes all of his friends to awkwardly cringe and ask “Well, who’s going to tell him what it means?” 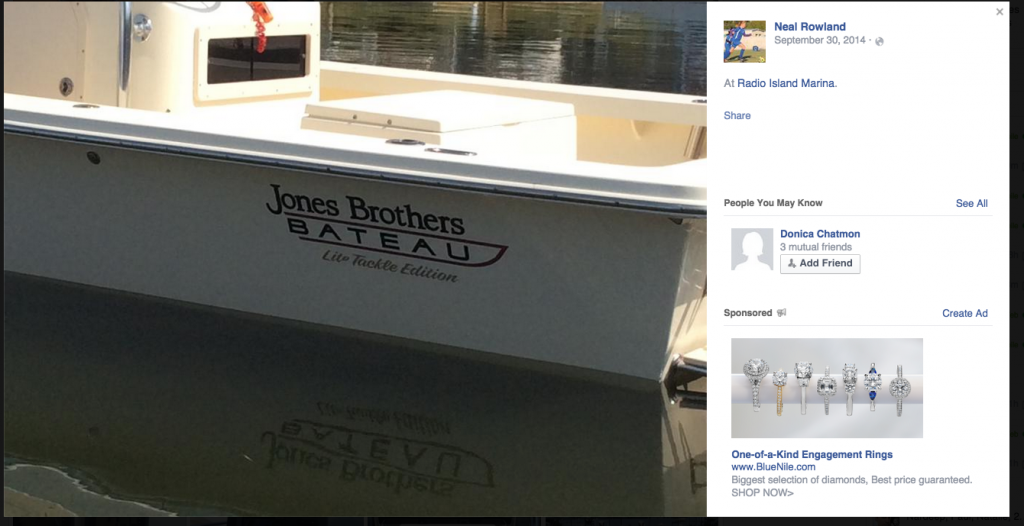 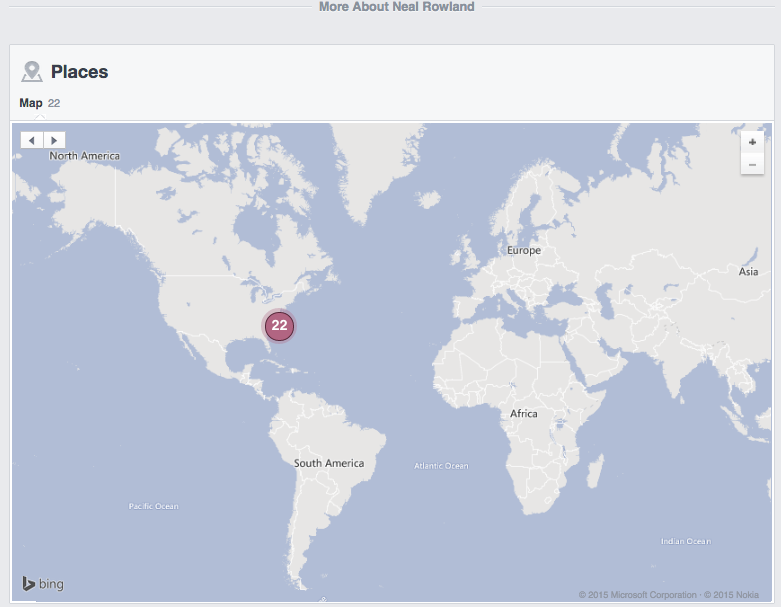 It seems he hates the French so much he has gone out of his way not to go anywhere near them.

4. The French are Pioneers at Physical Intimacy

There’s a theory that guys go through a “girls have cooties” stage until they’re 13.  Never happened for me. I remember crushing on girls at like 6.  However the rest of my so-called-peers caught up, and in our early teens we learned about French Kissing and we’re ready to forgive everything. You do WHAT with WHAT?

(There’s something disturbing about that sentence. The content is clean but I think there are just words and ages that are too close together. )

Anyway, as a public service announcement, I’d like to point out that the human tongue is a garnish and not a meal.   You should use your tongue furtively… the slo-mo version of the way a … frog uses its tongue, holy shit wait is THAT why we called them Froggies? I thought it was a frog eating thing and not a kissing thing.  Now I have to go rebuild my entire knowledge of the French starting at age 5, and on a Tuesday. 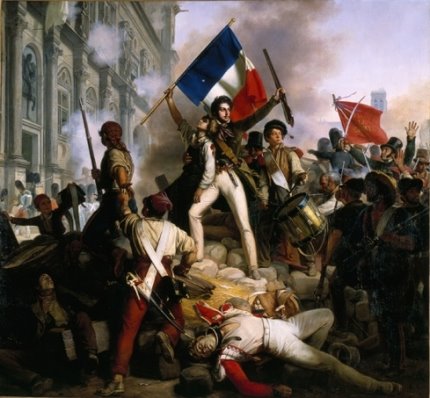 This timespan is sort of a blur of French Trivia that you “learn.”  I throw it in “quotes” because can you really say you learned something you can only barely recall? It’d be better to say you’re “told about.”

Napoleon was short – there’s a revolution – a bastille – a wall – maybe they sang a song about it called one more day but maybe that’s something else and, oh yeah, there are a couple of kings named Louis, oh also they had a lot of wars (so convenient!) and their taller guys all got killed in it so they’re kinda short, kinda like Napoleon.  Also oddly enough they really like Ben Franklin.  Seriously though I’ve seen Les Miserables the movie, the musical and read the book and I don’t remember anything about it.

6. The French Gave Us A Gift Once And Will Never Make That Mistake Again 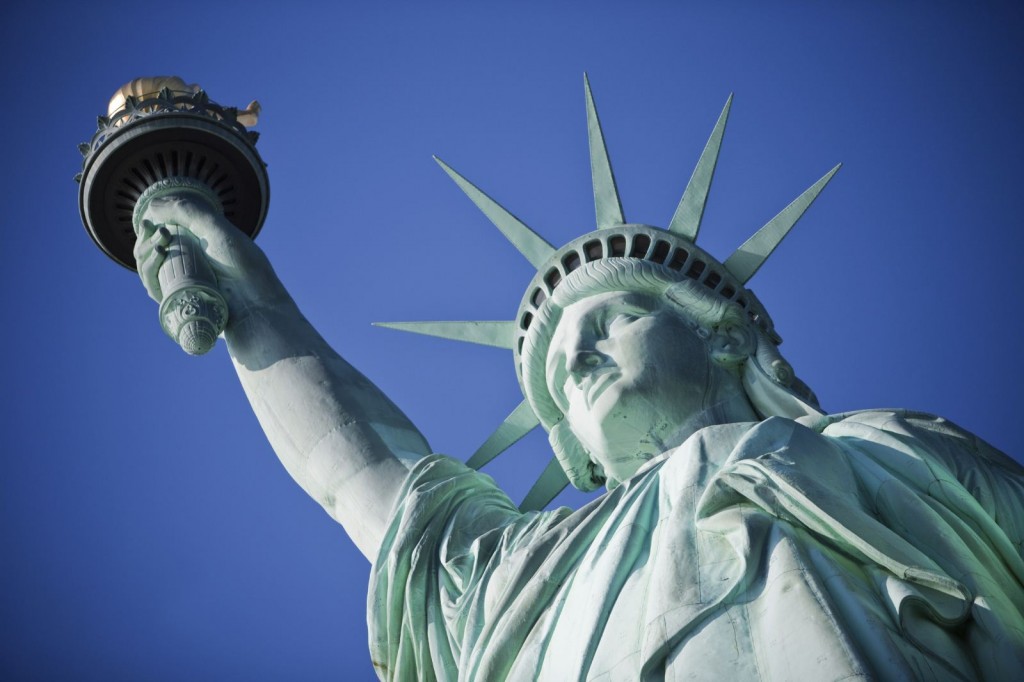 The Statue of Liberty.  They gave it to us.   If you go on the tour they will tell you it was a gift, but they’ll only tell you who the gift was from if you BEG and make a very big deal out of wanting to know.  Americans never, ever, talk about this aspect of the Statue of Liberty, because we are ashamed of it.  Imagine the person you hate at work gives you something awesome that everyone then says is the BEST thing about you and signifies everything you stand for. This gift is your global IDENTITY, and that bitch/jerk is STILL talking about you in the staff room.

To be fair, I don’t know when we Americans learn this, I just know that we know about it, maybe from a cartoon or a musical or something. The problem is that if you ever ask an American where Notre Dame is there’s a really good chance we’ll say Ireland and it’s not our fault. 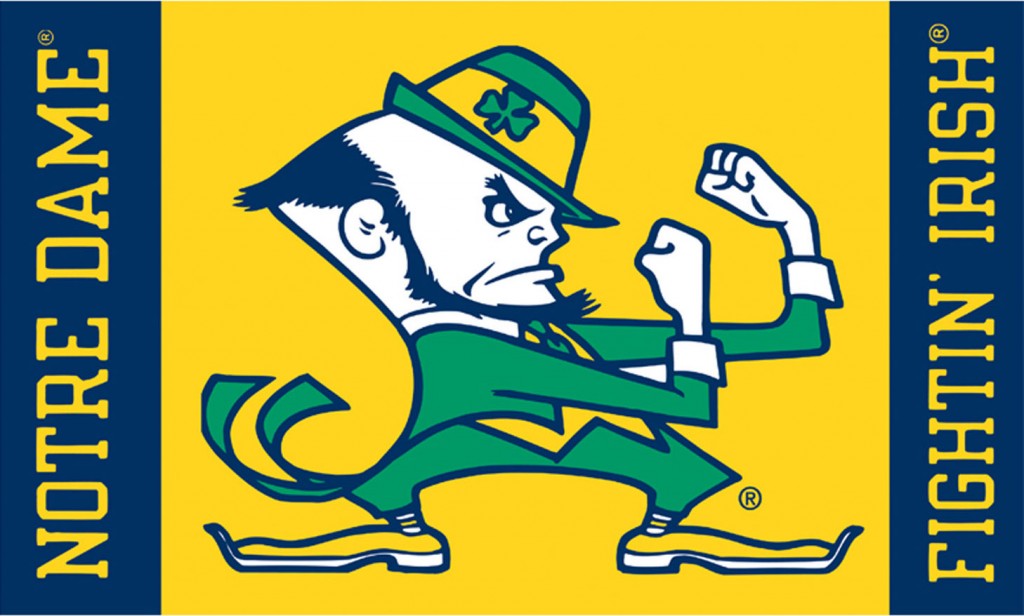 No one has ever explained to me why the University of Notre Dame is in America, and why it has an Irish mascot and why that Irish Mascot is Fighting.

Is it okay to suggest that all Irish men are violent? No. It’s wrong. But on top of wrong, it’s dumb to suggest that those same violent Irish men all hang out in Notre Dame. It’s not often that a person can be so wrong and so dumb in such an avoidable way but every weekend hundreds of thousands of Americans cheer for (or against) the Fighting Irish of Notre Dame.

(I won’t disgrace myself by telling you how old I was when I learned that the University of Notre Dame is actually in America.)

8. The French Are Sexual Pioneers part II
[16-20]Somewhere in your teens you learn about a menagé a trois.  Some cunning French scientists in a lab were so burned out on sex with two people (yawn) that they asked themselves “Ce qui se passe si trois personnes ont des rapports sexuels?”  The answer?  Confusion, chaos and a Bucket List item that most men die leaving unchecked. (But not nearly as many Women).  So many people have bought this wine and been sorely disappointed, but 2Chainz makes it clear that you just have to get involved.    Our love-hate with the French is so intense, I’m pretty confident that you can’t buy a wine that just says “threesome” in Paris.

Before my trip, I mentioned to a few friends that I might go to Paris, thinking they might give me a few pointers. Instead, each person winced like I’d told them I might go on a heroin binge.

“Look, Phil. I know you want to do this but…shit shit shit, okay. Look. Go to the Louvre, check out the Eiffel Tower, eat the food, but be ready. They hate Americans. Get In. Get Out. Do NOT Make Eye Contact, use a safe word. I’ll be here if you need me. Tell the embassy. Shit. I love you man. Really, it’s been great. We had some times, didn’t we?”

The thing is, any trip that could result in being being gifted a large statue, menaging on deux other people before being beat up by a mis-placed leprechaun seems like a trip worth taking so we booked our tickets to CDG.