Soooooo…. the customs agent isn’t fucking around.  That much is clear because my usual smile and friendly banter does not engender the same.  She asks why I’m here and I tell her that I’m here to attend a film festival.  Not coincidentally, this is exactly what I wrote on the form.  Is she fact-checking?  Maybe she thinks I wouldn’t be able to remember my lie for the whole thirty seconds between handing her the card and her verbal double check? Maybe she thinks I’ll say “Uhh, wait, what did I write down again?” BUSTED.

The customs form also has a field where you fill in the address where you’re staying. Mine reads “Don’t know. AirBnB.”  Because my girlfriend booked it and I couldn’t be bothered to ask her.  I had every intention of asking but then people around me started being Clever and British and I got distracted.

The customs agent doesn’t like this answer, and asks me, incredulously “You don’t know where you’re staying?”  That’s what I wrote on the form, and why I wrote it, I think, but do not say.

A second customs agent (the one that was talking to my girlfriend) comes over to my agent and says “She says they’re going to a Film Festival, is that what he says?”

Holy shit they are fact checking us!

This is both surprisingly intense and intensely stupid. It’s a level of scrutiny that wouldn’t catch even the FLIMSIEST of terrorist plots.  This method will only stop the old, the forgetful, and the disorganized, which would be a really tasteless name for Clint Eastwood’s very last Western.  If this is how you’re going to fact check people you might as well open up the gates and pass out your giant keys (wait for it).  Do you know how hard it is to pick an address from a map and say “Visiting some friends from uni?”  Very easy. It’s the easiest thing in the world to do.  “AirBnB. Don’t know” guy is not the guy coming to blow shit up.  The guy who says “626 willowby lane my aunt lives there and I am coming to visit her for two weeks before returning to my home, I will be staying at 626 willowby lane. 626. God save the queen.”  Well, I’d ask that person a few additional questions.

There’s a few things you should know about England, should you pop by for a bit.  Keep in mind, I am an anglophile. I love England. If they would have me, I would move there, tomorrow.  Truly.

Have you ever broken up with someone, and then months later they’ve started dating someone new, and that person is better than you in every single meaningful and measurable way? That’s England.  A few hundred years ago they sent some people to date The New World and create England 2.0. New England.

Those people said “Oh, sweet, thanks” and started their own country, which quickly eclipsed England.  Then said country went on to claim their very language (English) and spread it all over the world, and now when people think of speaking “English” they don’t even think of England. They think of your ex-boyfriend/ex-girlfriend, basically.  It’s rough.

Then, on the rebound.  England dated Australia.  To make this metaphor work you could think of Australia as England’s jump-off (or booty call, or town harlot, depending on your age), but it was the jump-booty-harlot in the sense that Australia was basically a penal colony (like Fiorina 161, for the 1 of you that is *that deep* into David Fincher). Australia was where England sent their worst convicts as punishment.  “Worst” is subjective because back in old-school England there were over 200 crimes that carried the death penalty, including (but not limited to) cutting down trees, or stealing rabbits. Still, they sent some 160,000 people to Australia to teach them a lesson. 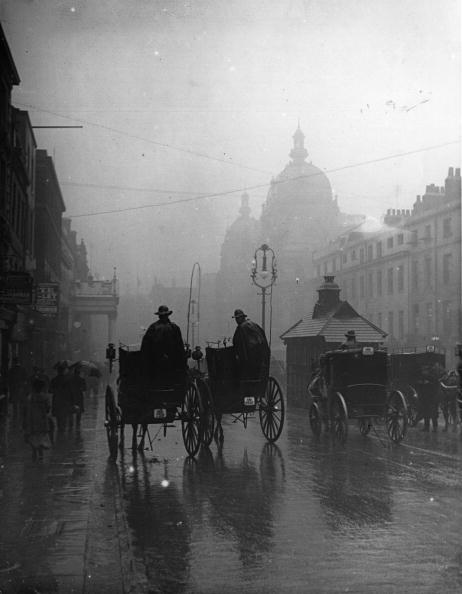 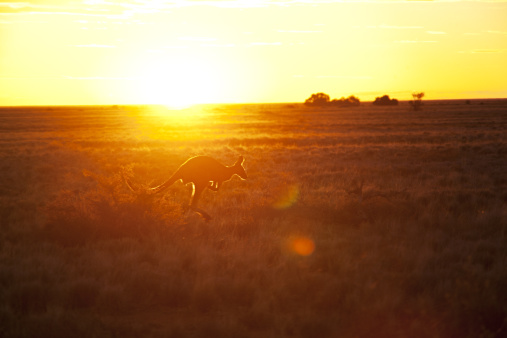 The lesson of course is that life in Australia is sunny and really fucking awesome, and there’s a plethora of trees and the rabbits here are huge and awesome and carry baby rabbits in their fur stomach pockets. Have you learned your lesson convicts?

After the 160,000 convicts were sent to Australia for taking things that didn’t belong to them, they pooled their taking ability and collectively took Australia away from England  in 1932. And now, according to Kayak, Londoners have to spend roughly 900 pounds to go to a place that was punishment just 100 years ago.

British people carry this in their heart, every single day. 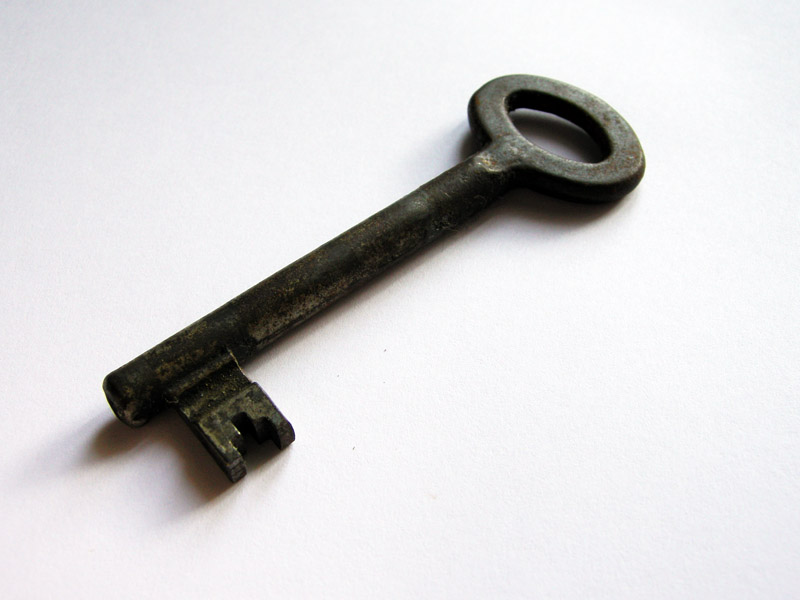 Do you see this key? It’s really glorious right? When you walk around with a key like this it makes every day feel like a grand adventure, which is especially important when you live in a place which has had only three to four days of sunshine since Richard the second.

What would you guess this is the key to? A carriage?  A vault of swords? Narnia? You’d be wrong. This is the key to an apartment. Not even a particularly nice one. Three of the four places I rented in England had keys that looked like this.  I’ve lived in apartments, so I know what apartment keys are supposed to look like. They look like this.  Or like this.   British keys look like pirate keys because every single British person’s great grandfather was Blackbeard. True story.

Change in America has become so meaningless that entire phrases have gone extinct.  Due to the sinking American economy (more on that later) these phrases have had to (ahem) change with the times.

“Here’s a quarter, go call someone who cares”

“Here’s a quarter, go find someone who cares enough to give you another ten cents because that’s what it costs to make a call these days, oh nevermind there aren’t any more payphones are there?”

A quarter is so useless that there’s almost nothing you can do with it by itself.  And a penny?  If I drop one penny, it doesn’t even *occur* to me to stop what I’m doing to pick it up.   Minimum wage in California is 900 pennies per hour, which is 15 pennies per minute.  Stopping to pick up a penny is actually a net loss in the value of time. In America if someone gives you a handful of coins you are completely entitled to tell them to go to hell and stop being such a condescending piece of shit.

The British are socially immediately downstream of pirates and you can see it in their economy. 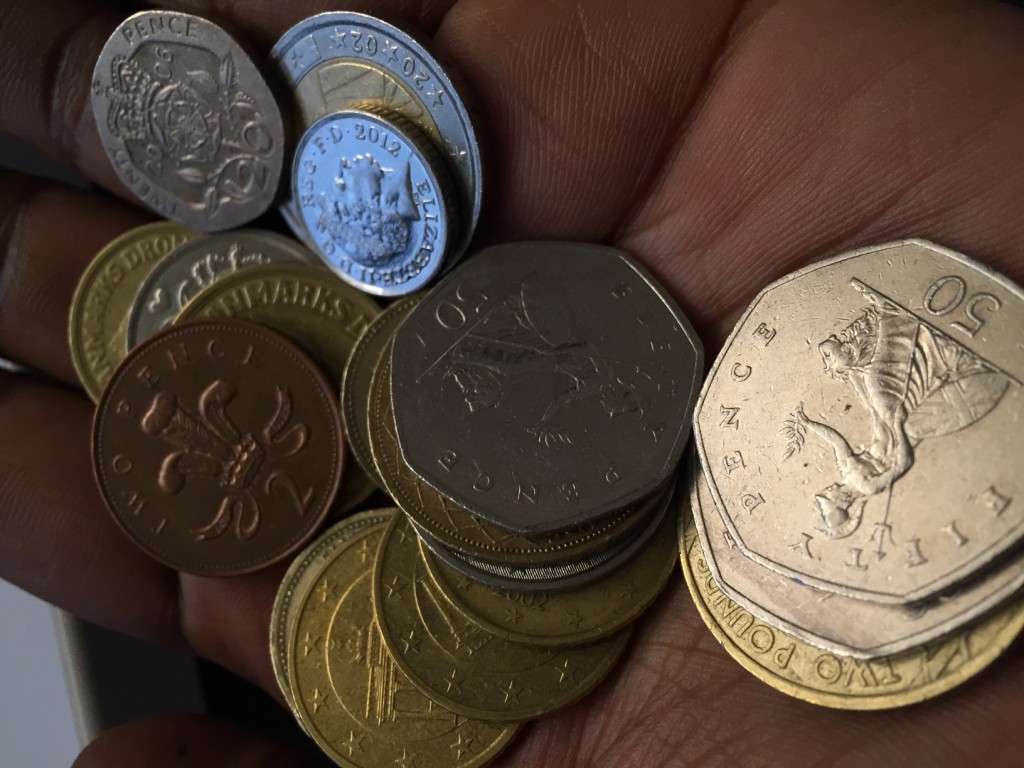 You could buy a kidney with any *one* of these coins, I think.

In England if someone gives you a handful of coins you can go pay your rent with it. It’s an astonishing amount of money. I will push British people out of the way if I hear a coin hit the ground.

I didn’t say that, and as a result we made it through customs.

Next Week: The lady that asked me to call her a dirty cunt.
Last Week: Why the English accent is the best thing in the world.